Wellington heavyweights 'Planet Of The Dead' and 'Sidewinder' are teaming up with local rockers 'Sins Of Eve' to deliver a Friday night of solid rock sounds.

'Planet Of The Dead' have recently released their second album 'Pilgrims' while 'Sidewinder' are marking the release of 'Red Moon' - the 4th single off the upcoming 'Vines' album.

'Sins Of Eve' have developed a strong following of local 'sinners' around the Garden City and beyond - the two Wellington bands are thrilled to have them as part of the show. 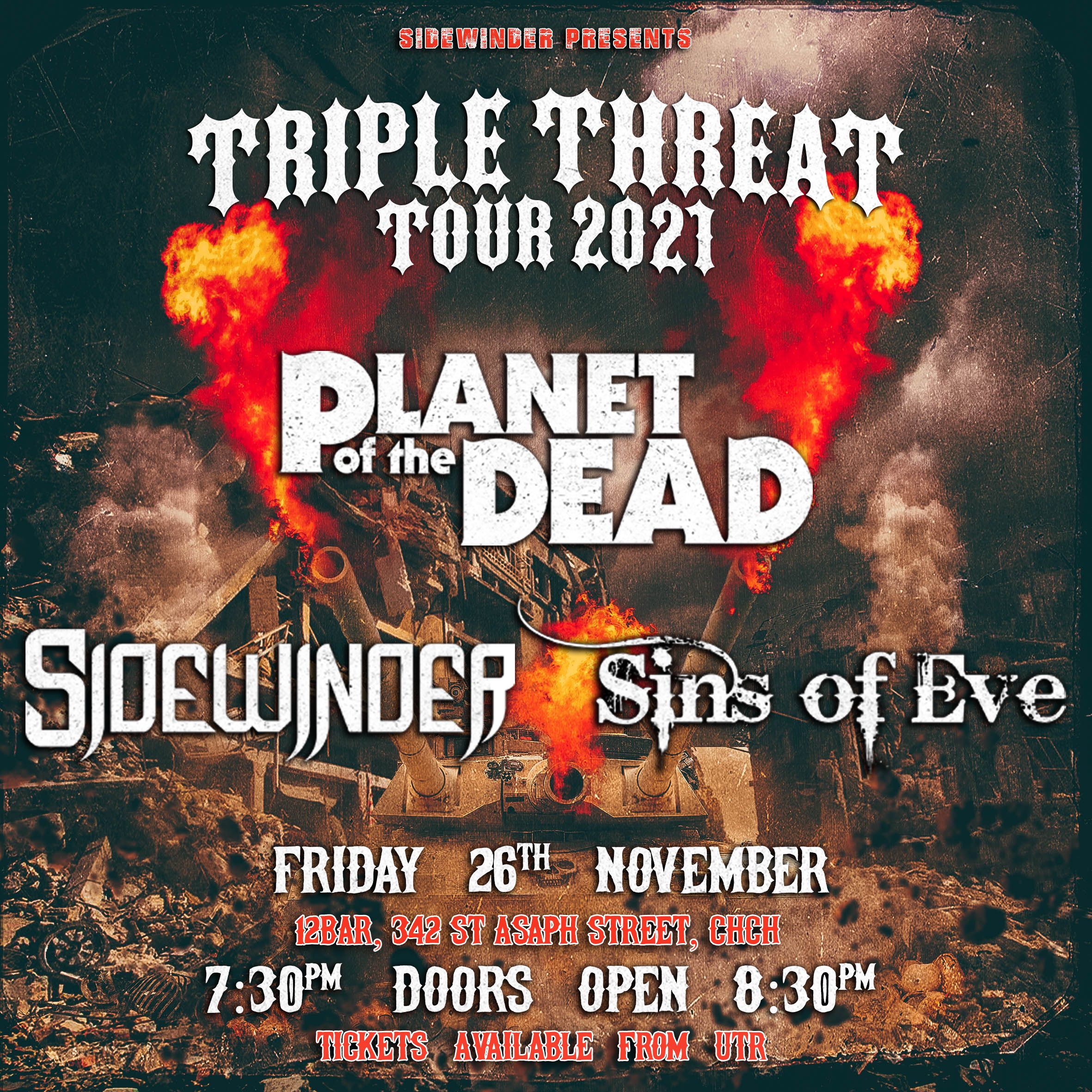